Pin It
You are here: Home » Features » Undeterred: Rania Anderson shares secrets to success for women in emerging economies 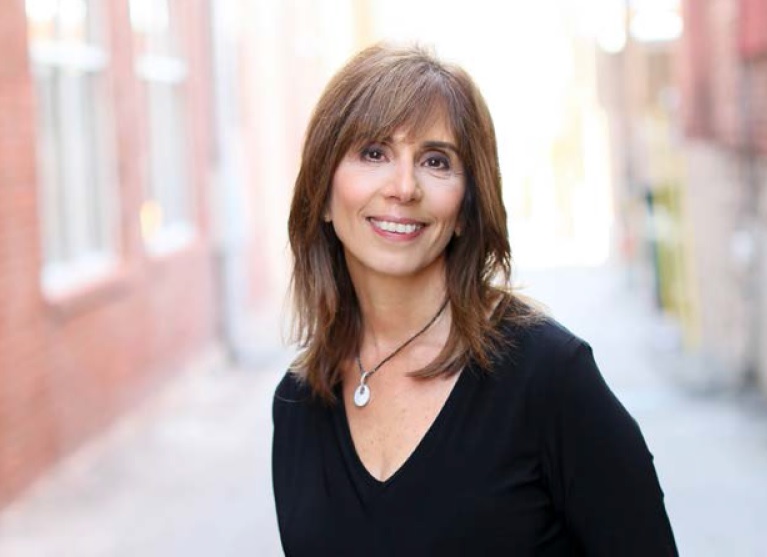 What is the secret to professional success?

In one form or another, thousands of people around the world have attempted to answer this all-important question. However, not many have done specifically for women in emerging economies, particularly the Middle East.

After speaking at a conference in Qatar in 2010, entrepreneur Rania Habiby Anderson had several women come up to her bemoaning the fact that most career advice books were written for Western women and failed to capture and address the unique nuances of the local culture, workforce and struggles they face as career women. 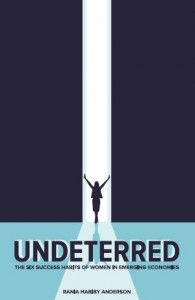 “between what a female university student knows and the skills she needs for professional success.” After four years of research and interviewing more than 250 successful entrepreneurs, innovators and career women in developing countries in the Middle East, Africa, Asia and Latin America, Anderson’s new book ‘Undeterred: The Six Success Habits of Women in Emerging Economies,’ is an inspiring read for women both within and beyond these regions.

Offering some valuable lessons on how to accelerate your own career success and achieve more through culturally relevant tips and career strategies, this is a must-read for ambitious women in emerging economies.

“I believe that global economy will only thrive when women around the world are equally engaged,” said Anderson. “I am inspired by my Middle-Eastern heritage, experiences in the developing world and by the strong women mentors in my life.”

Anderson is also the founder of The Way Women Work, an online career guidance platform for women in growth economies, Meridian LLC, and co-founder of the Women’s Capital Connection, a women’s angel investor network. We asked Anderson about her fascinating new book and her own secrets for success.

Elan: What is the inspiration behind your new book?

Rania Anderson: As improbable as this may sound, I have thought about how I could make a positive difference in the lives of girls since I was 11 years old. I am originally from the Middle East and grew up living all over the region as well as in India.

When we lived in Bombay (now Mumbai) my sister and I were driven to school every day. At every red traffic light, girls our age would tap on our window to try and sell us something small or to ask for money. I wondered and was deeply impacted by why they didn’t get to go to school when we did.

Throughout my formative years I repeatedly saw girls without access to educational and other opportunities. I vowed that someday I would do something to alleviate gender inequality in the parts of the world where I grew up.

The research, writing, and sharing of Undeterred is my contribution to encourage women’s education and their business success.

Elan: Why did you choose to focus on women in emerging economies?

RA: I unequivocally believe that the global economy will only thrive when women are fully and equally engaged in driving its prosperity. There’s a huge need for professional development resources for women in emerging economies. I am from the developing world and my expertise and passion lie at the intersection between women and business.

During a businesswoman’s conference I spoke at in Qatar in 2010 and ever since then, women have come up to tell me that they need career guidance and that picking up one of the hundreds of career advice books written for Western women doesn’t help. I also know that there is a big gap between what students learn at school and the skills they need to be successful at work.

In my four years of research and interviews with 250+ women around the world, I’ve found that what career women want is to hear and learn from people like themselves and that women often don’t have the time or resources to attend training events or meet with mentors.

I wrote Undeterred: The Six Success Habits of Women in Emerging Economies, the first career written expressly for educated ambitious women in emerging economies, to fill a previously unmet need in the market place.

Elan: What was your most surprising finding during the research and writing process for your book?

RA: I encountered quite a few women who were reluctant to talk about their success. They either had the perception that they were not very successful or they did not want to appear to be bragging or self-promoting.

There is a perception that women who get ahead in developing and emerging economies come from certain backgrounds or from wealthy families. People might find it interesting that the vast majority of the women I researched and featured in Undeterred had no special privilege, access, or unique opportunity to which they owe their success.

They see themselves and their work habits as the primary agents in their life and business trajectory. They have taken advantage of opportunities developed approaches professionally and at home to achieve the success they envision for themselves.

Elan: What can other aspiring entrepreneurs in developing economies learn from the experience of these women?

RA: To find and take advantage of opportunities. That in spite of numerous obstacles, success is possible.

I’ve found that women in emerging economies are very tenacious and creatively find workarounds to the obstacles they encounter. Any entrepreneur aspiring to success has to have this same approach.

Elan: What lessons can western entrepreneurs learn from these women?

RA: That no obstacle is insurmountable. Opportunities for women exist in every corner of the world and that millions of women are taking advantage of them.

I’d also encourage western entrepreneurs to find ways to do business with their counterparts in emerging economies.

Elan: Who is this book targeted for and what do you want them to take away from it?

RA: Undeterred is a resource for all ambitious women in developing and emerging economies. For university graduates, it will serve as a roadmap to success. For women already working, Undeterred contains the inspiring experiences of women just like them (not the illusive “most powerful or most successful” women but relatable women) and specific actions to help them take their career and businesses to the next level.

In addition to being the first book expressly written for women in emerging economies, what makes Undeterred and its companion workbook I am Undeterred unique is that they contain specific culturally relevant action steps for readers to take.

Elan: In your opinion, what are the 3 key traits of a successful female leader? Do these traits differ between developing and developed countries?

RA: 1. Being Undeterred – not giving up when faced with obstacles.

2. Courage – having the confidence to take action in spite of fears, doubts or other people’s expectations.

3. Competence – having and continually building the knowledge and skills you need to succeed.

Elan: As a successful businesswoman, entrepreneur, author, angel investor and more, what has been your biggest lesson that pushed you to push further and strive harder in your career?

RA: The learning curve in each chapter of my career has been very steep. While the skills and experiences built in each phase provided a leg up in another, each goal I’ve had: to be a senior corporate leader, to start and grow a business, to become an angel investor and to write a book, have all required that I build new muscles, learn new skills, make new contacts and start each time at the beginning – sometimes even all the way from the bottom.

It’s hard to do that when you feel that you already have been successful.

What I’ve learned time and time again is that I have to put my ego aside and that I have to start anew building each step of my new path. What keeps me going is that I absolutely love what I do and I have a deep unwavering belief in the importance of fully engaging women in the global economy.

Elan: What advice would you give to an aspiring entrepreneur in the Middle East and South Asia?

RA: No matter the challenges, with competence and courage you can pursue what you desire.  Millions of women like you are doing just that.

As an entrepreneur, be sure you are solving real problems and that you have the skills and dedication to come up with real solutions. The road ahead is not easy. You’ll likely encounter quite a few speed bumps, but if the road is the one you build for yourself, your success will be wildly fulfilling.