Pin It
You are here: Home » Women » Lessons from the Afghan Women Who Weave Modern War into an Ancient Tradition 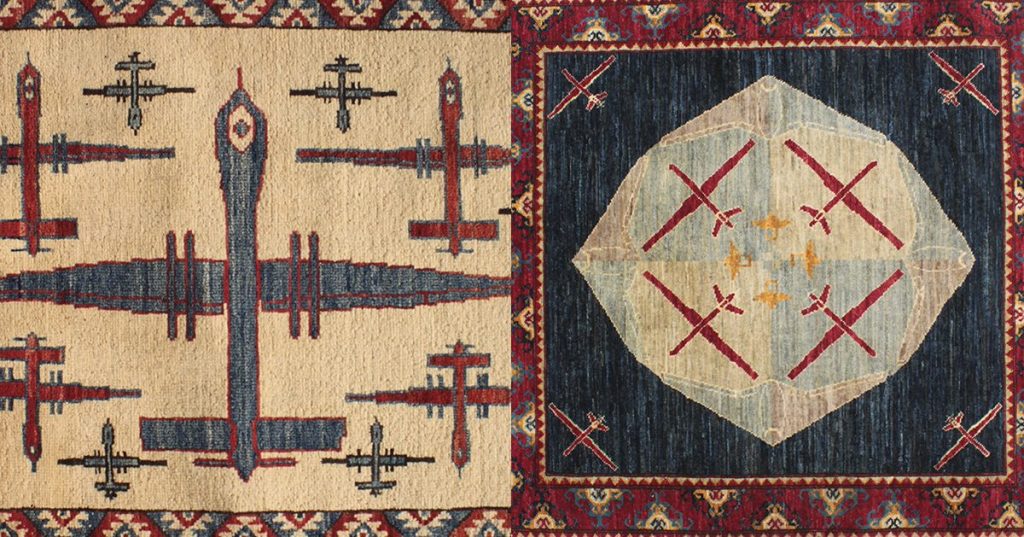 Women of Central Asia have been weaving hand-made rugs of intricate design for thousands of years. But in 1979, the carpets began to change radically. The Soviet invasion of Afghanistan displaced more than a million citizens and devastated the region. Its effects impacted everyday life so deeply that women in Afghanistan and those living as refugees in Pakistan and Iran began to incorporate icons of war into their carpets. Flowers, birds, and decorative knots were replaced by machine guns, grenades, helicopters, and tanks in what were otherwise traditional weavings. These symbols were at first subtle additions, and were later emphasized for a niche market of Western collectors.