Pin It
You are here: Home » Features » Iran Tourism: What about hitchhiking as a woman?

Iran Tourism: What about hitchhiking as a woman? 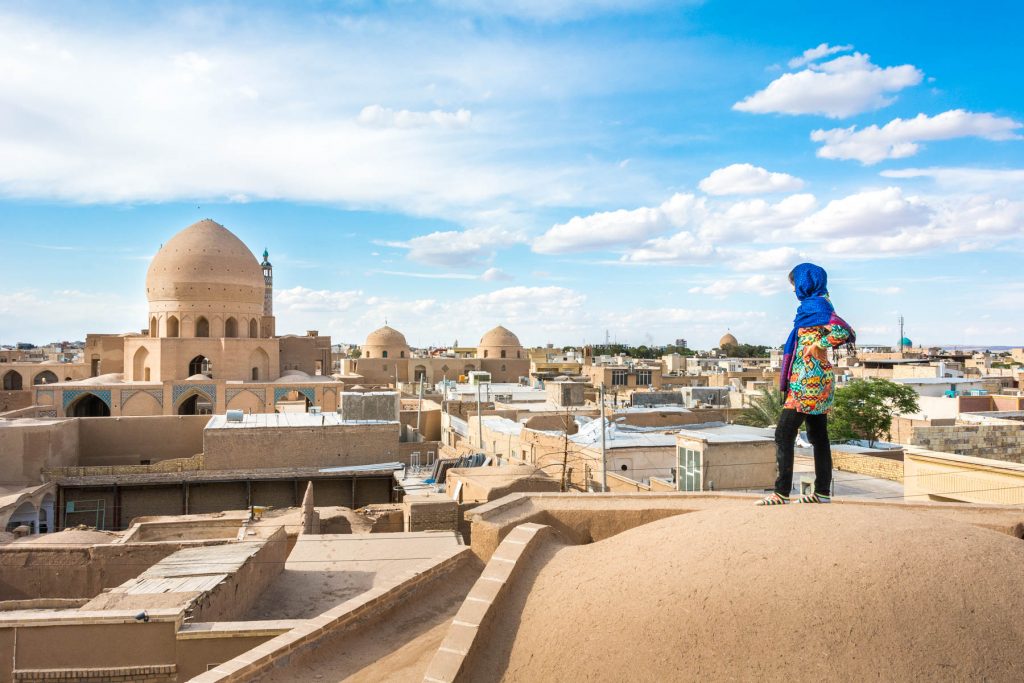 There is no war in Iran, the country is generally safe, and the living standards are comparable to those of Europe. The architecture is gorgeous, the landscapes diverse and the people.. the people of Iran are the best. They are incredibly kind and friendly, and always eager to meet foreigners with an open door and a cup of chai. It really is an amazing country.

Never before have I been to a country whereby the preconceptions of it are so far away from reality.

Nevertheless, hitchhiking in Iran can be quite a challenge, no matter if you are male of female. The vast majority of the country has never heard of the words ‚hitchhiking’ or ‚autostop’, let alone they know what it means. As soon as you cross the border to the east from either Armenia or Turkey you will get tons of people stopping for you without any problem, but with the sole intention to bring this lost tourist to the nearest bus terminal (next to inviting you for a chai or a meal at their house).

What also doesn’t help is that in Iran the ‚thumbs up’ signal actually means something insulting, so you will have to wave with your arm to make cars stop. As a woman, you will face even more weird looks and unexplainable situations, as women in Iran usually don’t travel by themselves.

Why would you hitchhike as a woman?

The Iranian people are extremely hospitable, and always ready to help a woman (or man) in need. Explaining that you don’t need help, are perfectly capable of taking care of yourself and actually enjoy standing next to the highway to wait for a car, is something many people do not seem to get. Trying to hitchhike (or wild camp) together with another female traveler learned me that people either can’t or choose not to understand what you want to do, as it is way too dangerous in their opinion. Instead, they will take you to the bus station, get you into a taxi, write you help signs for the police or escort you into a bus. As I hitchhiked some days with a guy as well, the difference was quite clear. With a man by my side, people actually dropped us next to the highway and let us do wild camping (eventually). For sure, they were still confused and invited us to their houses instead, but the fact that the sentence ’that’s is too dangerous for you’ was reduced from ten to one time a day shows how big the gender gap is.

Although the people in this country are extremely worried about the adventurous mind and spirit of female travelers, Iran is actually quite safe. Usually, the biggest challenge for women traveling alone is the safety aspect concerning unwanted (sexual) attention from men. In Iran, this was not much more of an issue than any other country I have hitchhiked in. Actually, the Iranian men I encountered while hitchhike were mostly very polite, kept their distance and were in general very respectful. Of course, there are always the usual precautions you should take when traveling alone or solely with women, but during the 31 days I spend in this country I never felt unsafe.

The best thing is that when you get an invitation to someone’s home in Iran, you don’t have to worry about being alone with a strange man, as basically everyone in this country lives together with their family.

One of our first few days in Iran, my friend Lena and I were picked up by a young guy, who invited us for lunch at his family’s house. It was one of the many invitations we got and accepted. As we had only been a few days in Iran, we didn’t know when it was appropriate to take the headscarf off and when not. The grandma of the house took our worries away by showing her own hair to us and smiled. During the afternoon, more family members and friends dropped by. We danced together, ate together and overcame language barriers mostly by a mix of basic Farsi, Turkish and English, smiling, taking pictures and a lot of points. When the sons took us outside again, to go in a city you’re the differences between the in- and outside world became even clearer. The headscarves had to be back on and if anyone asked we were supposed to have just met a few minutes ago. We learned the hard way about what wasn’t appropriate, as the guys seemed to be slightly embarrassed by our ‘strange’ loud behavior and random dance moves in the park. Back inside, we could dance again and enjoy a lovely dinner with the whole family.

During our stay in Iran, I really appreciate the grandma’s of the countries the most. The food is very delicious, and even though I am a vegetarian, people tried their best to make an Iranian dish without meat.