Pin It
You are here: Home » Features » Saudi filmmaker Gigi Hozimah on her psychological horror debut ‘They Sleep With Bears’ 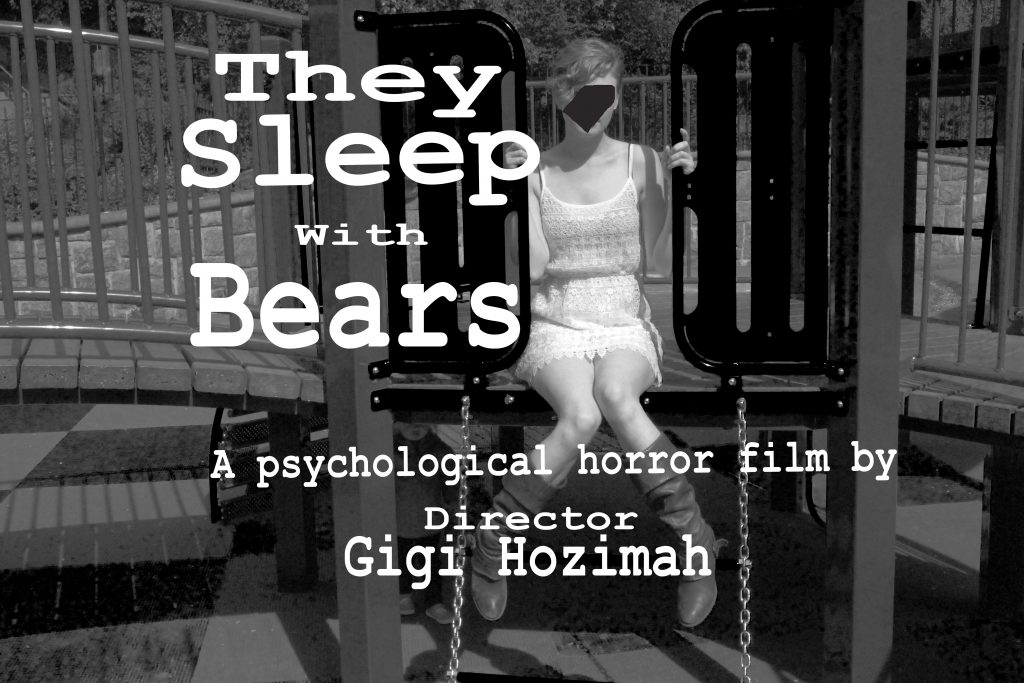 October is the month of all things scary and simply isn’t complete without a horror movie or two.

More than any other genre, it is pretty easy to figure out if a horror movie is good or bad, and for any filmmaker venturing into the genre, the main goal is to get a reaction.

Saudi director Gigi Hozimah, however, refused to fall back on the typical horror tropes – jump scares, shaky cam, long waiting periods of nothingness – relying instead on a strong horror story layered in mystery.

Her first feature film ‘They Sleep With Bears’ is about Remy (Mason Heidger), a man living a haunted, sleepless life and suffers from severe sleep paralysis. After his mother’s recent passing, he receives a box of family belongings in which he finds his absentee father’s journal that contains a drawing of the same demon that is stalking Remy. Now, he must find his father to discover the truth.

Inspired by Roman Polanski’s Apartment Trilogy — Repulsion, Rosemary’s Baby and The Tenant — and Ingmar Bergman’s Hour of the Wolf, Hozimah and her British-American producer, co-writer and husband James Medina, initially came up with the idea in London in 2010. Since then, the film has evolved from a drama to a psychological horror that is currently in its pre-production stage. The team is currently crowd-funding on Kickstarter from September 23 to October 23 with filming scheduled to begin next month.

“The audience needs to identify with Remy, so that what he experiences, they experience,” says Hozimah, co-founder of Look At The Wall Productions. “It makes the difference between being creeped out and feeling the hair on your arms raised. I didn’t want people to jump, scream, and laugh. I want the cinema to be silent. I want this film to be alive.”

We had the opportunity to speak with the promising director about her venture into horror and aspirations as a Saudi filmmaker. 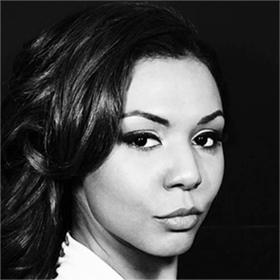 Elan: Tell us about your background in film-making.

Gigi Hozimah: I have always been a film lover since I was a child, but it wasn’t until I was 22 and in England that I was finally able to watch a film in the cinema. It was such an experience for me. In Saudi Arabia, cinemas are banned so seeing a film on the big screen was very overwhelming.

My transition from a moviegoer to a filmmaker started in Kingston University where I received a Masters in Filmmaking. It was at university where I had to develop my understanding of film practices and film theory. I had great teachers that believed in questions rather than answers, so as a student we were taught to figure things out rather than being told what to think.

It was also at Kingston University where I met James Medina, the co-writer and producer of They Sleep with Bears. Together we founded Look At The Wall Productions with the dream to make films for the rest of our lives.

Elan: What made you decide to venture into the horror genre?

GH: Well, James and I are not entering the horror genre, but rather we’re making a horror film. We’re not genre-driven, but rather we look at the story. This may be the only horror film we make.

It all depends on what story interests us. However, we do love horror films. Our favourites are The Shining, The Apartment Trilogy by Polanski, and Halloween.

For me, I think making a horror film is a subconscious decision from my childhood. I saw Evil Dead by Sam Raimi at the age of four and it had a profound effect on me. It traumatized me. Thanks for that Sam.

Elan: Tell us about the nature of your latest creation.

GH: ‘They Sleep with Bears’ started as a drama and the horror crept up around the edges of the script. The horror burrowed and nested in the core of the story. It is a psychological horror where the main character begins to question his fears.

We see a human trying to make sense of what is happening to him and he is very isolated, lonely, and repressed, so without outside interaction, he is almost doomed.

Elan: How did you go about choosing the actors for the film?

GH: My favorite directors, Roman Polanski and Pedro Almodovar both agreed that your first independent film is down to circumstance and available resources and this is very true for ‘They Sleep with Bears.’

I like to use whatever resources are available to me like Polanski did. The audition has taken over a year with many ups and downs, but I believe I have selected the best talent for this film.

Elan: What do you think makes a good horror movie?

GH: The same things that make any film good – the story, the script, the director, character development, atmosphere, use of sound, the list goes on and on.

For me, it’s very important that the protagonist is likeable, vulnerable and possesses a hero like quality, which we see develop throughout the film.

Elan: What part of the process most excites you most as a filmmaker?

GH: Being on the set and directing the cast. Filmmaking can be incredibly stressful and is easily met with many roadblocks, so when I’m finally on the set, I feel fulfilled.

Elan: What has been the most challenging aspect of the film making process so far?

GH: Crowd-funding. Originally we were going to be on the crowd-funding website Seed & Spark, but we were setback on the day the campaign was supposed to go live. They didn’t launch our campaign and they didn’t tell us that it wasn’t going to be launched. It was an unexpected headache. Filmmaking is problem-solving with art.

Now we’re on Kickstarter and everything is running smoothly.

Elan: Who would you consider to be your most significant filmmaking influences?

GH: Roman Polanski, Billy Wilder, Yasujiro Ozu and Pedro Almodovar. All of them together gave me a foundation of knowledge to build upon.

Elan: What do you hope your audience can take away from this film?

GH: I hope they can walk away and discuss the film for at least five to ten minutes while they have a good cup of coffee. If they walk away talking about it, then that’s good for me.

Elan: Is horror a genre you plan to stick with in the future?

GH: No, genre is not what I focus on when I choose my project. It is the story that interests me. The story dictates the genre. The next film will either be a mystery or a drama, but we’ll have to wait and see.

Elan: How would you describe the state of the horror genre today?

GH: The horror genre is at a turning point. We are leaving behind the found footage themed films and it seems that people are picking up from where horror left off in the 70s, as you can see by films such as ‘The Babadook’ and ‘It Follows’. As a horror fan, this excites me. I look forward to seeing what others bring in the near future.

Elan: What advice would you give to an aspiring filmmaker in the Middle East?

GH: Watch films and learn from people before you. Then watch the films again. There’s always something new to learn. Read interviews by great filmmakers that influence you, then learn what influenced them. Filmmaking is a never-ending class room, you will always learn, discuss, and grow. I’m still learning every day.