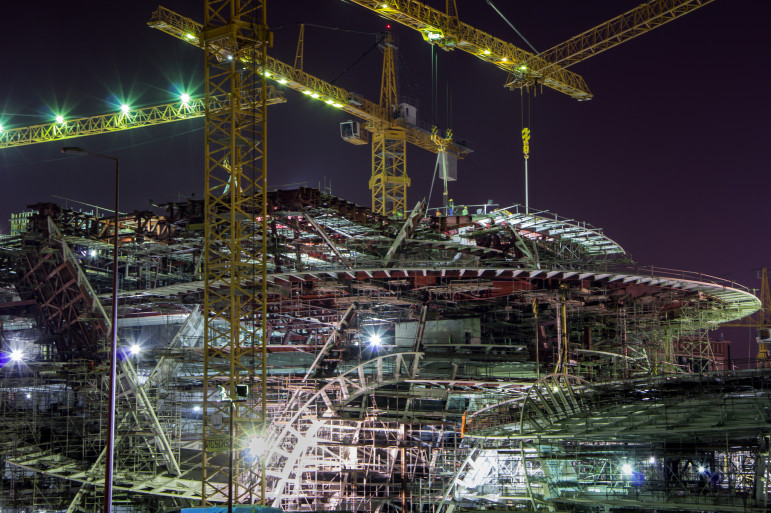 Despite a minor fire last month, construction for Qatar’s upcoming National Museum remains on track, and an opening date is scheduled for 2016, Qatar Museums has confirmed.

When completed, the museum, located across from the Corniche near the Museum of Islamic Art, is expected to look like a desert rose that appears to grow out of the ground.

It will join Qatar’s growing collection of cultural facilities, including the MIA, which opened in 2008, and the Arab Museum of Modern Art (Mathaf), which saw a 2010 launch.

Her role includes providing “curatorial and managerial leadership,” and supervising educational initiatives, special exhibitions and conferences, and public programs once the museum is open.

Previously, a QM spokesperson said that construction on the National Museum is expected to be finished in December. More recently, a representative added that it would take six months for the cement “off-gassing,” or the release of emissions trapped inside the facility, to occur.

Installation of artwork is expected to take about a year after that, the spokesperson said.

In terms of which art pieces would be displayed inside the museum, QM has previously said that the facility would represent the “past, present and future of Qatar.”