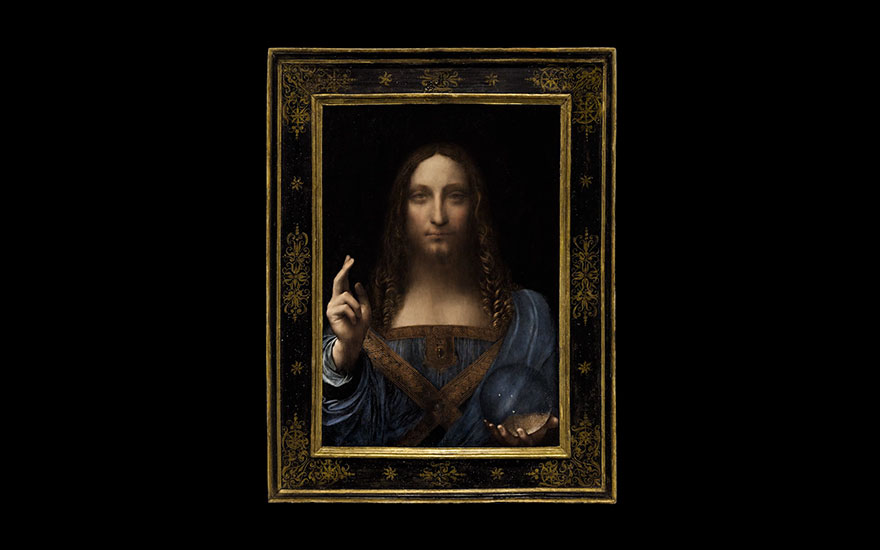 Salvator Mundi, a masterpiece by Leonardo da Vinci, will be unveiled to the public at Louvre Abu Dhabi on September 18, 2018. Acquired by the Department of Culture and Tourism – Abu Dhabi (DCT Abu Dhabi) in 2017, Salvator Mundi is one of fewer than 20 known surviving paintings by the Italian Renaissance master, one of history’s greatest and most renowned artists, and is his final work to enter into a cultural institution’s collection.

HE Mohamed Khalifa Al Mubarak, Chairman of the Department of Culture and Tourism – Abu Dhabi, said: “The Salvator Mundi highlights the inclusive nature of Louvre Abu Dhabi’s narrative and Abu Dhabi’s mission to promote a message of acceptance, and openness. It is an opportunity for Abu Dhabi’s residents and visitors from around the world to engage with a rare and iconic work of great cultural significance at Louvre Abu Dhabi. Lost and hidden for so long in private hands, Leonardo Da Vinci’s masterpiece is now our gift to the world. It belongs to all of us, who will have the chance to stand before it, and bear witness to the mastery of one of the most significant artists in living history.

“His innovative breaks from the artistic standards of his day have guided generations of artists since. He is among the most influential artists in history, having left a significant legacy not only in the realm of art but in science as well, each discipline informing his mastery of the other. Today, no name better seems to symbolize the Renaissance age than Leonardo da Vinci.

“His Salvator Mundi represents an important chapter in the history of art, and offers a fully-rounded view of his artistic output. It will play a significant role in Louvre Abu Dhabi’s curatorial narrative, representing a critical moment of historical change that illuminates social evolution at that time”.

As the ultimate symbol of the Renaissance, da Vinci’s seemingly infinite curiosity was equaled only by his power of invention. His genius lay in his ability to connect science and anatomy, geology, math, engineering, architecture, theatre, optics, and dozens of other disciplines. In Salvator Mundi, da Vinci’s knowledge of optics is evident in the representation of the orb. It is rendered with beautiful scientific precision, even including the jagged bubbles visible on the bottom right that have the irregular shape of the tiny gaps in crystal that are known as inclusions.
Dating from around 1500, Salvator Mundi is an oil on panel painting, executed onto a walnut panel, depicting a half-length figure of Christ as Saviour of the World, facing the viewer, and dressed in flowing robes of lapis and crimson. The figure holds a crystal orb in his left hand as he raises his right hand in benediction. It is believed to be a contemporary of both La Belle Ferronnière and the Mona Lisa.