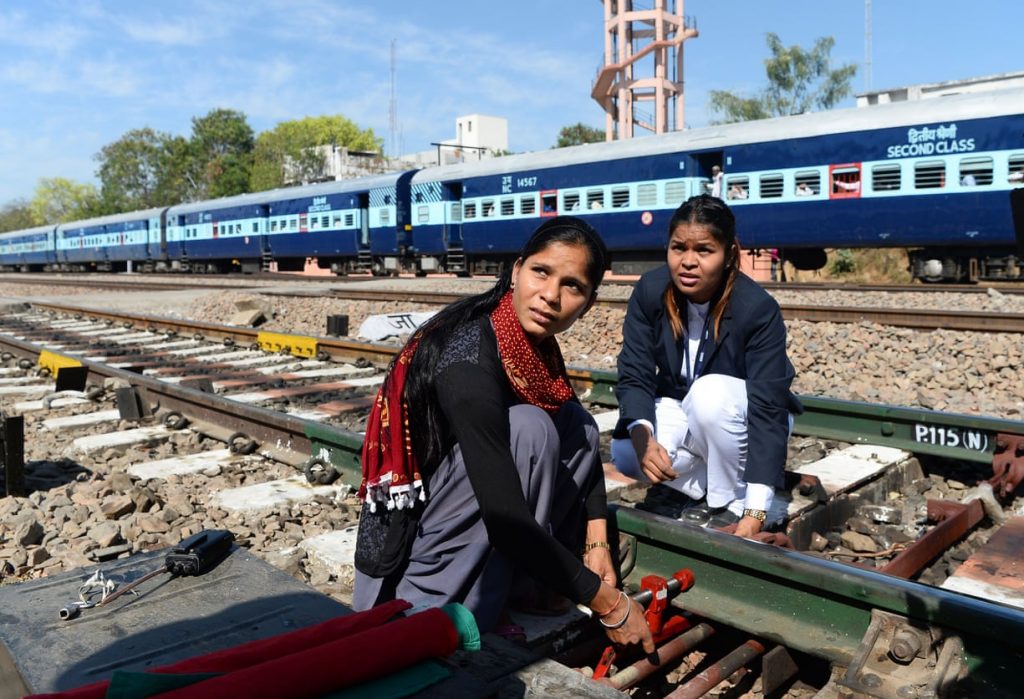 As Chandra Kala heard the blaring horns of a train, she quickened her pace, zig-zagged and elbowed across a teeming platform while hauling a sack of wheat, a suitcase and a backpack.

She placed the luggage inside a carriage just as the train began to chug out of Gandhi Nagar railway station, which in February became India’s only major terminal where women run the show.

Kala is a rare female porter in the conservative, desert state of Rajasthan in western India, and one of about 40 women holding positions traditionally held by men.

“Earlier, I used to feel very shy,” said Kala, a widow with two children. “How should I speak to passengers, how can I lift luggage? It all felt very weird.”

She had taken over her husband’s porter job when he passed away last year, and she now supports her children from her earnings of about 3,000 rupees ($40) a week.

“It does not feel weird any more,” said Kala. “It feels really good.”

From ticket sellers and conductors, to station managers and cleaners, these trailblazers are upending sexist views and providing hope in a country where women are slowly vanishing from the workplace.

India is one of the world’s fastest growing major economies but the rate of female employment is startlingly low, in large part due to social prejudices and general disapproval of working women.