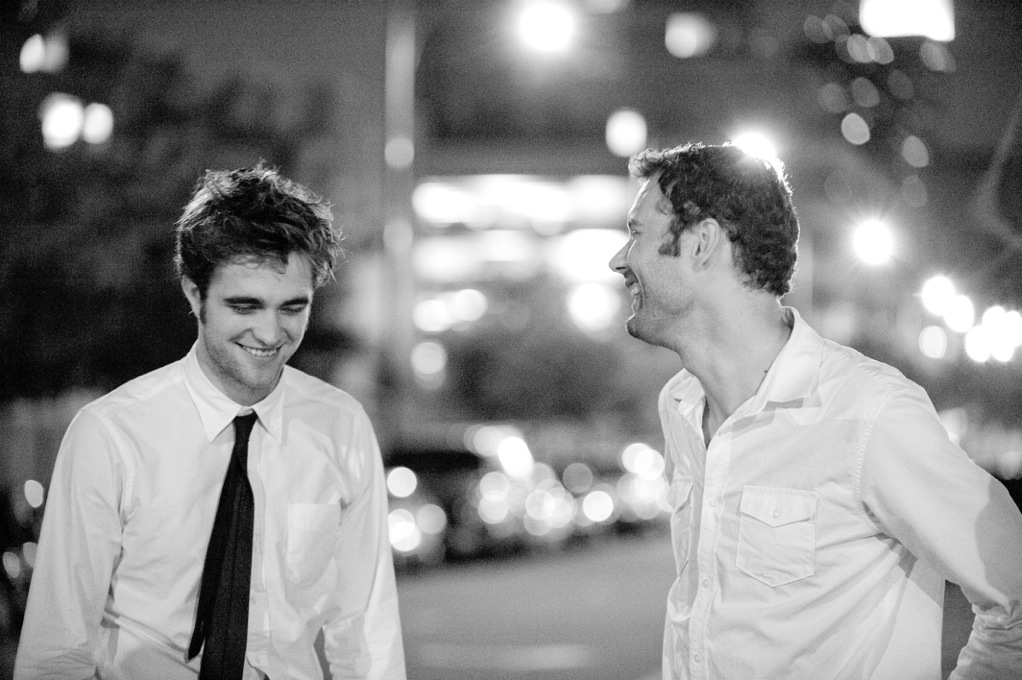 Despite producing blockbuster films such as Remember Me featuring Robert Pattinson and License to Wed with Robin Williams, Nick Osborne always felt something was missing.

After graduating from Oxford University, Osborne came to the United States to pursue a career in the film industry where he worked as an executive at Phoenix Pictures on films such as The Thin Red Line and Urban Legend. He went on to found his own production management company, Underground Films where he represented writers and produced films. Craving the creative process of writing, Osborne starting working on Refuge, the first of three books about an enchanting romantic drama set in Peshawar, Pakistan. Resilience, the second book in the trilogy, was published on Nov 4th, 2013 with the third book Release set to come out towards the end of 2014. We got a chance to speak with Osborne:

Elan: What inspired you to start writing the Refuge Trilogy?

Osborne: I always sensed something was missing. I was jealous of my writers for being writers and though I enjoyed producing I found it frustrating since you are never the lead creative on a project. I wanted to create something that was exclusively mine. So around six years ago I started writing Refuge in my spare time. I knew I was doing something right (or at least I was on the right path) because by 10 in the morning I was already eager to get home and continue writing the book.

Eventually, two years later I sold my company and committed exclusively to writing books and dramas for TV. Currently on the TV side I am writing Conquistadors for F/X, a mini- series about the Spanish conquest of the Inca Empire, and Damascus, a legal show with America Ferrera attached to star for CBS.

Elan: Why did you decide to set the series in this particular region?

In 1992 when I was 18, I had this deep desire to do aid work for a year, and so I applied for a volunteer position with this amazing charity called Project Trust. My dream was to go to sub Saharan Africa but when I was selected they asked me to go and teach in a school on the outskirts of Peshawar, Pakistan. To say it was a culture shock would be an understatement. I had never been to a Muslim country before and Peshawar and North West Frontier Province (now Khyber Pakhtunkhwa) was one of the more conservative parts of Pakistan. The school we taught at was right next door to the Khyber Pass and right beside it was the Kacha Gari Afghan refugee camp. Not long after we got there I also got a job teaching adult Afghan refugees English with IRC.

The year had a profound impact on me. I made great friends and had great adventures. I experienced incredible highs with my students and also shattering tragedies. I worked my tail off and was constantly getting ill. When it came to the refugees I wanted to save all of them but found I couldn’t save any of them.

I suppose I always wanted to come back and explore that year and it meshed with my other desire which was to write an epic romance. Nowadays it is so hard to find two lovers who can be kept apart both by other characters and the prevailing culture. The idea of creating a romance between a male American aid worker and a female Afghan refugee was very exciting. In it I could explore a number of themes; the aspiration of women, especially in the Muslim world, the nefarious effects of extreme fundamentalism and how it can alter a country. The lackadaisical and ignorance Americans have to the Muslim world or certainly what they used to have. And the vast and quiet majority of Muslims who only want to live in peace and who have the exact aspirations for their children as Westerners do. 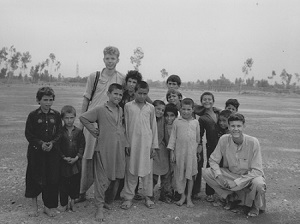 As I said, there were so many people I admired in Pakistan and it was important for me that many of the men (but not all because you still need villains) could both be religious and tolerant. Noor’s father Aamir Khan was crucial in that regard – a thinker, a Muslim but also a man who wanted all of life’s boundless possibilities for his daughters. So was Shamsurahman, an ex-mujahedeen commander with healthy skepticism about war. And of course there was Wali who was perhaps less religious but had dreams and a never ending optimism about life.

And then, of course, there was Noor, my heroine. She was obviously somewhat unique – a highly educated young woman who had gotten stuck in the camps and whose father was desperate to get out. But in other ways she represented for me, the aspirations and frustrations of so many women who are held down by an extremely patriarchal community. And in Tariq, the brother who wants her to marry a Saudi Prince, was this emblem of a man who believes he has the power to make her marry whom he wishes – a living nightmare for so many women in Afghanistan and Pakistan.

And finally amidst all this, North West Pakistan at the time was just such an interesting place and while I didn’t know when I was there, it was that moment in time that would set the course of history for the next 20 years. Al Qaeda was born in Peshawar and the radicalism was allowed to spread by the West who supported any outfit they thought could give the Soviets a bloody nose and who turned their backs on the Afghans after the Soviets were vanquished. If we had spent a fraction of the money we have since spent on Iraq and Afghanistan in 1992 to help Afghanistan get back on its feet, the world would most likely be a very different place today.

Elan: Tell us about the second book, Resilience. How do your protagonists develop and change in this book? 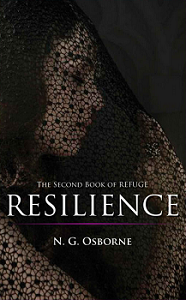 Osborne: Obviously I don’t want to give away the first book for readers who haven’t read it, but I suppose in the first book there was an innocence to Charlie and Noor despite the misfortunes that had befallen both of them in their lives. They both had an innate belief in the decency of other human beings. I think in the second book they have a much more realistic view of other people and their intentions. They also don’t have an idealistic view of themselves anymore; they realize that their shared belief that if you do the right thing, the right things will happen to you is a falsehood. It has made them realize that in life you sometimes need to be amoral, even use people, if you are to get what you want.

On the other hand I also think their love has made them more radical. They are determined to be together and Charlie, in particular, is prepared to take incredible risks, lose his own life if need be, in pursuit of this love. Noor, on other hand, whose ambitions were particular to herself in the first book, comes to realize that others maybe more than her.

Elan: How did you settle on the title of your second book?

So in that sense I think the title flowed naturally. The first book was called Refuge because that was literally what Aamir Khan, Noor and Bushra were taking by living in Charlie’s home. It also spoke to the refuge you can find in someone else’s love. Resilience, on the other hand, is the quality that both of Charlie and Noor exhibit in the second book – an unflinching desire to survive and move forward.

Elan: What were some revelations that you experienced during your writing process?

I think there were two big revelations for me. First, how much I fell in love with my characters. When I finished Refuge and subsequently Resilience, I felt like I had lost a couple of great friends. Or at least a couple of my great friends had gone away on a long trip. I came to root for them as much as readers have; I almost felt bad what I was putting them through, but at the same time I knew it was their destiny to go through these things. When you write novels you have a unique ability to play God! Maybe that’s what we all are – characters in a huge epic novel that God is creating.

Secondly, I didn’t realize how much I would come to care about woman’s rights. Originally I had written Refuge as a first person memoir from Charlie’s point of view. Talk about being patriarchal! But when I re-read it sometime later I realized I wanted to know way more about Noor and the only way to do that was to write it in the third person and see her point of view as well.

The closest women, in my life, I hold in the greatest esteem – My wife, my mother, my sister and my young daughter. And I can’t imagine them not having the same rights and opportunities as any man. In fact it makes me angry when I think they don’t. I think, without question, that Muslim women will be one day be fully emancipated and follow in the example of Mohammad’s first wife Khadija who not only was a very successful merchant but also proposed to Mohammad (not the other way around!) and was the first convert to Islam. She believed in Mohammad when no one else did. And, I suppose, in Refuge, Aamir Khan was my attempt to portray the kind of father I would like to be to my daughter.