Pin It
You are here: Home » Going Green » Dubai to host 1,000 wetlands experts at global forum 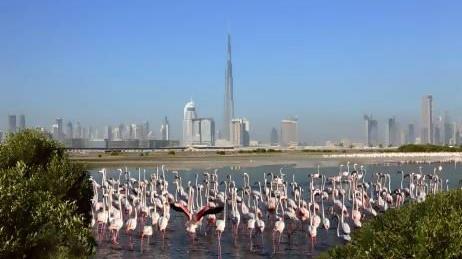 The United Arab Emirates (UAE) Ministry of Climate Change and Environment (MOCCAE) has taken significant measures towards wetland preservation and management, from launching the National Ecotourism Project to hosting an anticipated 1,000 delegates at the 13th Meeting of the Conference of the Contracting Parties to the Ramsar Convention on Wetlands, COP13, this October.

Ahead of event, the Ramsar Convention on Wetlands released the Global Wetlands Outlook 2018 (GWO) highlighting that the world’s wetlands are declining rapidly, and have registered losses of 35 percent since 1970, at a pace three times faster than the loss of forests. The report warns that unless immediate action is taken, there will be serious repercussions for the future. The GWO’s findings will inform discussions and decisions at COP13.

Dr. Thani bin Ahmed Al Zeyoudi, Minister of Climate Change and Environment, said, “Wetlands are not just essential habitats for various species in the UAE that safeguard endangered species such as the Hawksbill turtles and White-collared Kingfisher, but also offer ecotourism opportunities and scope to expedite our journey to sustainable development. They can also be part of the solution for climate change mitigation, due to their carbon sequestration abilities. The UAE became a Ramsar member state in 2007, and we are honored to host COP13 this year in Dubai, and to help drive discussions on wetland preservation and management.”

Spanning a global area of 12.1 million square kilometres, an area nearly as large as Greenland, natural wetlands are disappearing at three times the rate of forests lost. Only 13-18 percent of them are on the Ramsar List of Wetlands of International Importance, also known as Ramsar sites. The UAE is home to seven Ramsar sites, with many more set to gain this status.

The Parties to the Ramsar Convention have committed to the conservation and wise use of all wetlands. Although they have designated more than 2,300 sites of international importance so far, making the Ramsar List one of the world’s largest networks of protected areas, designating new sites for protection is not enough.

The report includes additional recommendations, such as identifying solutions for the responsible use of wetlands that draw upon all expertise – ranging from hard science to traditional knowledge – to secure wide engagement from all stakeholders on wetland protection and wise use, and to ensure sound decision-making. (WAM)