Pin It
You are here: Home » Features » Women entrepreneurs seek economic equality in the Middle East and South Asia 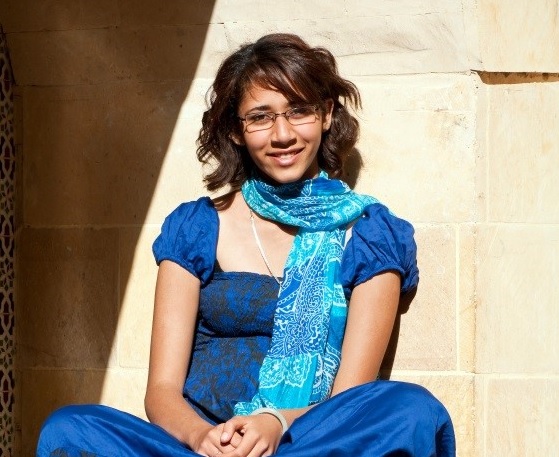 Women in the Middle East and South Asia mean business.

Continuing to play a major role as a catalyst for women’s empowerment, education has been a powerful force for social and economic change in the wider MENASA region. In fact, in nearly two-thirds of countries in the Middle East, there are more women than men pursuing university degrees, according to United Nations statistics. In the UAE alone, 77 percent of Emirati students in higher education are women – the highest proportion in the world.

Take entrepreneur, Maria Umar, for example. Umar quit her job as a full-time teacher after she was refused maternity leave and founded an online company that would offer flexible work options for women who need it. Her organization, The Women’s Digital League, is an IT-solution company that trains rural Pakistani women in micro online tasks and project-based jobs that women can easily access online from ghost-writing and transcription to data entry services and social media management. WDL is also one of multiple organizations in the region working to provide access to markets and give women the opportunity to learn and use new skills and create their own businesses and livelihood.

Other organizations, such as the Children of Female Prisoners Association in Egypt, seek to break the cycle of poverty and stigma faced by women in the region and replaces it with empowerment, economic opportunities and self-sufficiency. This unique project aims to help women who were imprisoned with their children become gainfully employed and improve their economic conditions by integrating them in society by providing vocational training and support as well as public campaigns.

These innovative solutions are enabling women to achieve economic equality, strengthen their communities and assert their economic rights in the Middle East, North Africa, Turkey and Pakistan. They still, however, face numerous barriers in the region, “partly because of the nature of the economies and partly because of culture.” Ashoka Changemakers, a nonprofit in Washington, D.C., that aims to “convene and connect high-potential ‘change makers,’ and their ideas and resources, through the power of collaborative competitions and partner networks,” wants to help break those barriers.

The Women Powering Work: Innovations for Economic Equality in MENA online competition, launched by Ashoka Changemakers and General Electric, has announced nine finalists whose innovative solutions are enabling women to achieve economic equality, strengthen their communities and assert their economic rights in the Middle East, North Africa, Turkey and Pakistan.

“Ashoka has a long history of expertise in sourcing social innovations that promote economic empowerment and gender equality,” said Ashoka Arab World Regional Director, Iman Bibars. “We are thrilled to be partnering with GE to bring these two critical challenges together and leverage our strong networks in the MENA region to support women’s economic equality.”

The competition, which received 107 applications from more than 23 countries, aims to highlight and award “solutions that address barriers to economic equality, including initiatives that help end gender discrimination, increase access to capital and technology, or enable gender-responsive advocacy for women’s rights.” Three winning entries will receive US $25,000 in funding each. Evaluated according to the Ashoka Changemakers criteria – innovation, social impact and operational sustainability – all participants in the online competition had the opportunity to engage with the wider Changemakers community to encourage peer review, collaboration and communicate with other social entrepreneurs, sector experts and even potential investors from around the world.

“The Women Powering Work competition extends our efforts in support of economic empowerment of women,” said Nabil Habayeb, President & CEO of GE Middle East, North Africa and Turkey. “GE is committed to making a positive impact in the communities where we live and work, and we recognize that enabling women to participate fully in the economy, and to grow their talents and careers, leads to exponential benefits for societies and development.”

For the next three weeks, Elan Magazine will highlight each of the finalists and the inspiring impact their solutions could hold for women in the wider MENASA region in breaking down barriers and demonstrating the immense potential in investing in women’s economic equality.

Here are the finalists:

Additional information about the competition, assessment criteria and fascinating trends that are emerging from the finalists’ solutions can be found at www.changemakers.com/MENAwomen.