Pin It
You are here: Home » Features » #GirlsAtDhabas: Local feminists start a brilliant movement to reclaim public spaces for women 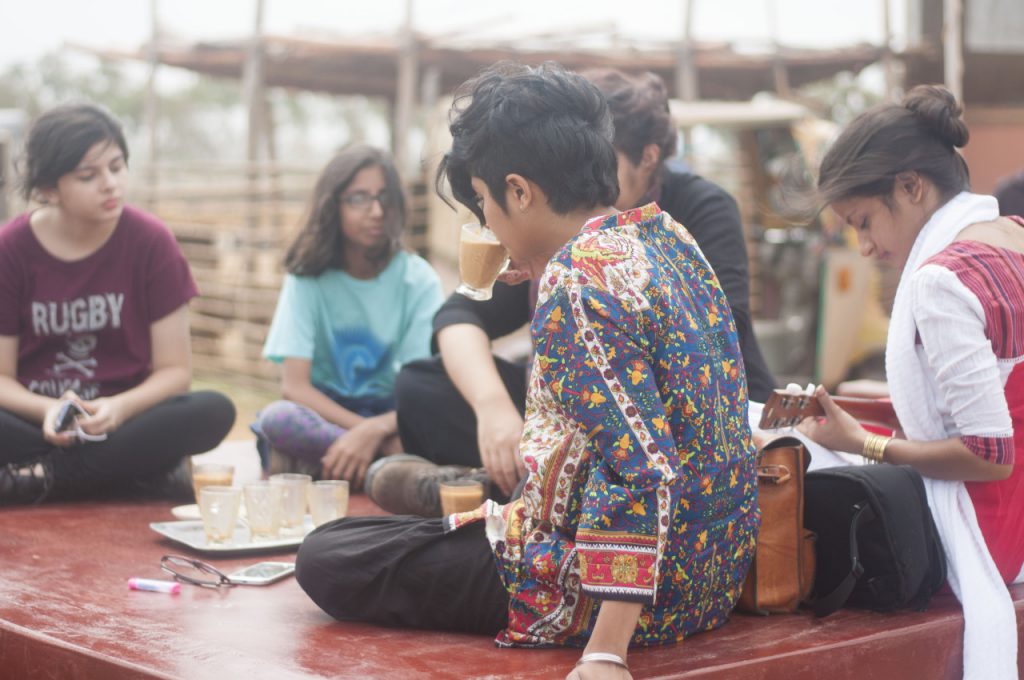 “Women are not supposed to” and “women shouldn’t.”

Any girl growing up in a South Asian family is quite familiar with those two phrases. Most of our decisions, actions, thoughts and even lifestyles reflect the notion that women are to be protected from the world through both phrases.

If it’s almost midnight and I need to walk to the grocery store near my house, I can’t because women shouldn’t walk alone at night.

If I’m buying a bouquet with my father at a street flower stall, he asks me not to step out of his sight because women shouldn’t be left alone.

If I want to pop downstairs and grab a delicious box of crispy fries with my friends from the delicious, albeit unhygienic fry stall that man every corner of Pakistan, my parents tell me it isn’t safe and women shouldn’t venture out alone.

Our culture has become driven with fear and obsessed with keeping women safe to the point where it is deemed right to keep women at home, reinforcing the unfortunate ideology that women belong in the house. What many people failing to realize, however, is that this is not a viable or permanent solution.

By constantly giving into the fear and fretting about safety, we are creating a world where girls are being raised to fear spaces outside of their homes, unless they are accompanied by men. Rather than making them safer, women are often taught to be afraid of venturing out because of what might happen, and if something does, are blamed for “bringing it on themselves.”

A group of inspiring women in Karachi hope to change that mindset and reclaim Pakistan’s public spaces, one dhaba at a time. 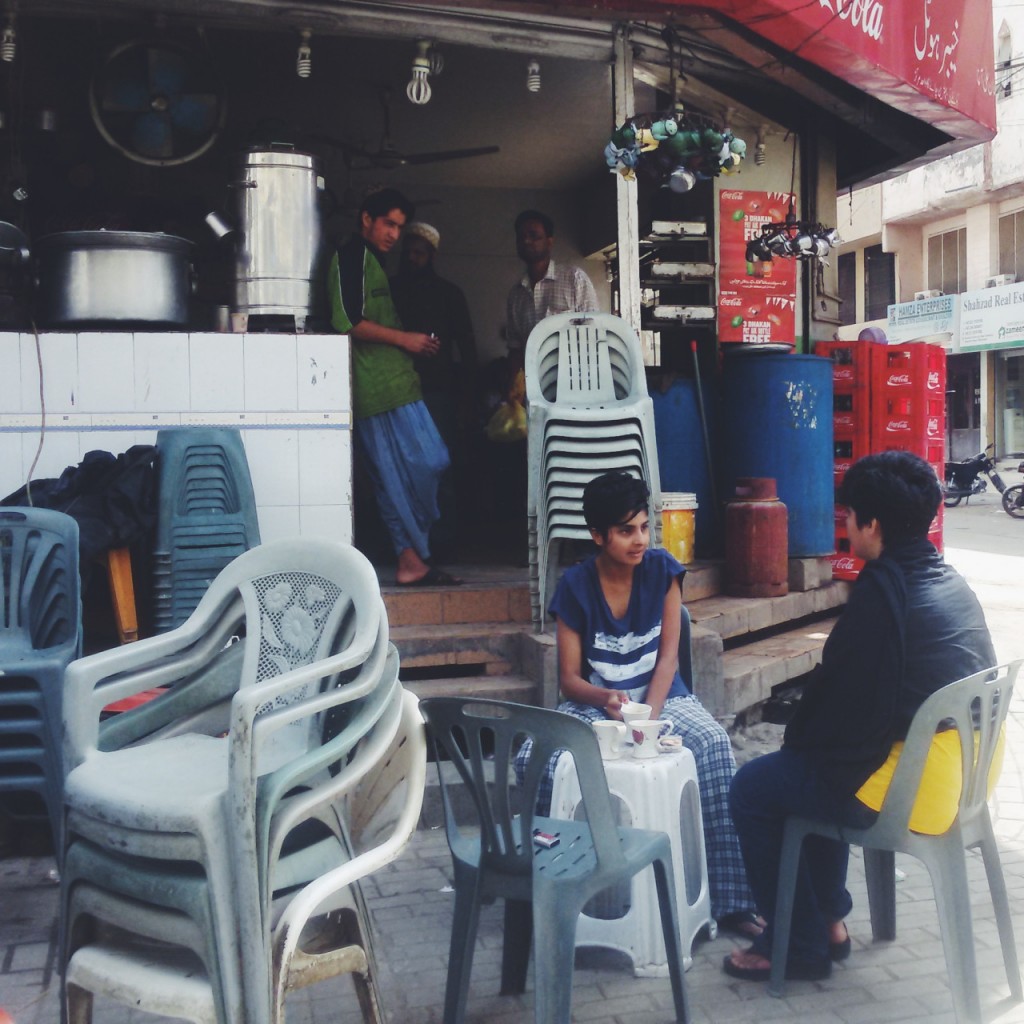 Spearheaded by 5 Pakistani women, #GirlsAtDhabas aims to not just raise awareness about the gender imbalance in public areas, but showcase the daily acts of women who are actively willing to publicly take up the cause. Initially launched as a Tumblr page in May, the popular movement soon after took to Facebook – featuring selfies and images taken by women around South Asia gathering and enjoying a simple cup of tea at dhabas and male-dominated spaces to spark and encourage a conversation on gender equality.

According to Wajahat S. Khan, “dhabas are this country’s equivalent of a neighborhood bar – male dominated cafes minus the alcohol, which is banned in the Islamic republic. The movement, which started earlier this year, aims for women not just to eat at dhabas, but also play cricket and even climb trees: activities only men traditionally engage in.”

The 5 women who curate the social media pages have received entries from all over Karachi, Rajasthan, Punjab and Lahore so far. Even men have posed in some of the selfies to show their support of integrating women at dhabas. 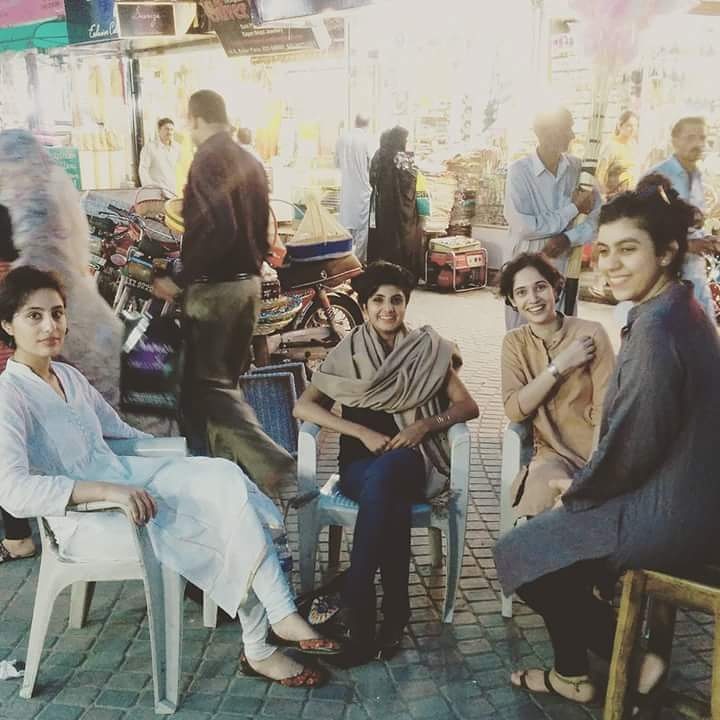 “Women aren’t supposed to loiter. It just isn’t something we think we can do, and when/if someone does, it makes people uncomfortable,” says Sadia Khatri, one of the women behind #GirlsAtDhabas. “The idea was to reappear on the streets. Access to public spaces is restricted by class and gender primarily. Dhabas are just one place.”

The beauty of this movement lies in its simplicity. It encourages women to set foot in spaces where they have long been told not to go by seeing pictures of women doing just that.

There are no women standing in public areas with posters and boards, protesting against the unfairly established gender roles. These women are taking back what’s rightfully theirs and they’re doing it with a cup of chai (tea) in one hand and a samosa (triangular fried pastry stuffed with meat or vegetables) in the other.

“Most of us could narrate instances of childhood where we were either told by the boys playing street cricket that we can’t play with them or discouraged or not allowed by parents,” said Khatri, who also launched the spinoff #GirlsPlayingStreetCricket, another male-dominated avenue. “Cricket on the streets is something girls aren’t supposed to do so it seemed like a natural next step to take, after going to dhabas. We hope this next evolves to other traditionally male-dominated domains.” 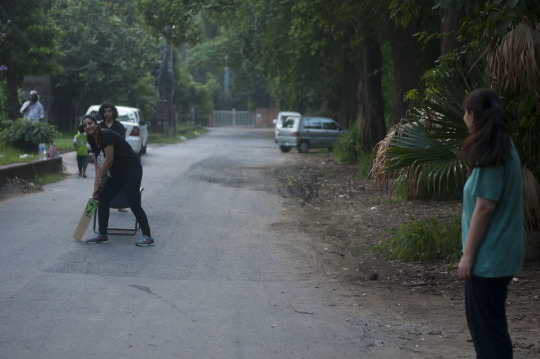 The absence of women in such public avenues has become so normal that it is accepted as being right. Women who do frequent such avenues are often met with backhanded remarks, leers and are given the “advice” that they should leave because they “don’t belong” there.

“We get to hear a lot of lewd comments,” says Rastogi. “Some call out on streets and say, mard ban rahi hai (she is trying to be a man). Those who are more aware give me a thumbs-up. I guess we are all used to it.” 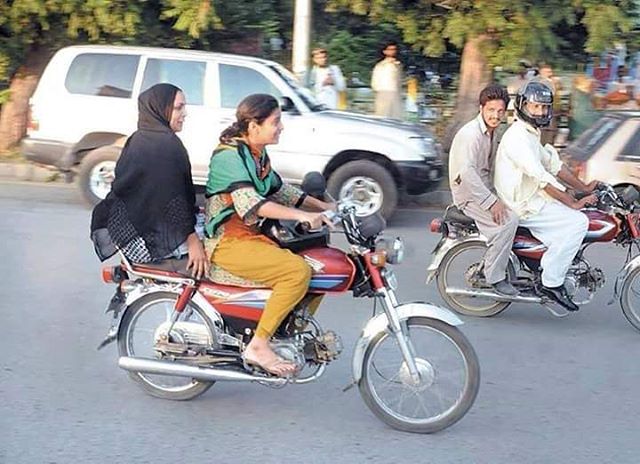 But we shouldn’t be getting used to it.

While steps are being taken to make women’s lives easier, such as setting up segregated seats in public buses and launching a pink rickshaw (for women only) transport system, they do not tackle the real issue at hand by temporarily treating the symptoms, not the disease. It does not change the mindsets or attitudes of men towards women nor does it decrease the crime rate against women.

People are often more content to let things stay as they are. It is easier to stop your wives, daughters and sisters from going out rather than actually address the crux of the matter – an obvious and dangerous gender power imbalance in society. 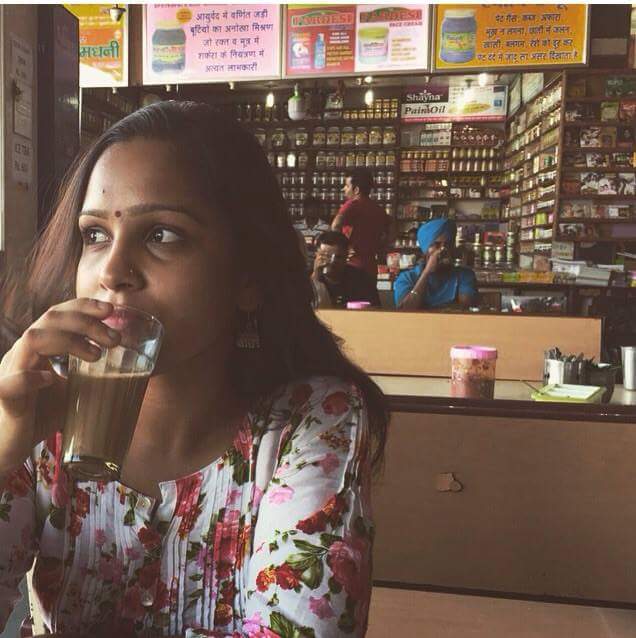 “Harassment of women by men is constantly normalized as something that is part of men’s nature. What this does is shift the onus of not committing the crime from the criminal to the victim,” said Fatima Anwar, President of the LUMS Feminist Society. “The expectation of a violation on the streets means that women will be afraid to walk on those streets and/or will be restricted by families from going out. For women who cannot afford a different method of transportation, this means they must pick between their safety and the educational and/or job opportunities that come their way.”

While #GirlsAtDhabas is using a seemingly simple way of approaching the issue, it is a step in the right direction to move beyond just awareness and placards, and take real, tangible and practical action. Years of misconceived and gender-related ideologies can be deconstructed and changed when both genders are willing to take a stand and take a step forward, together. 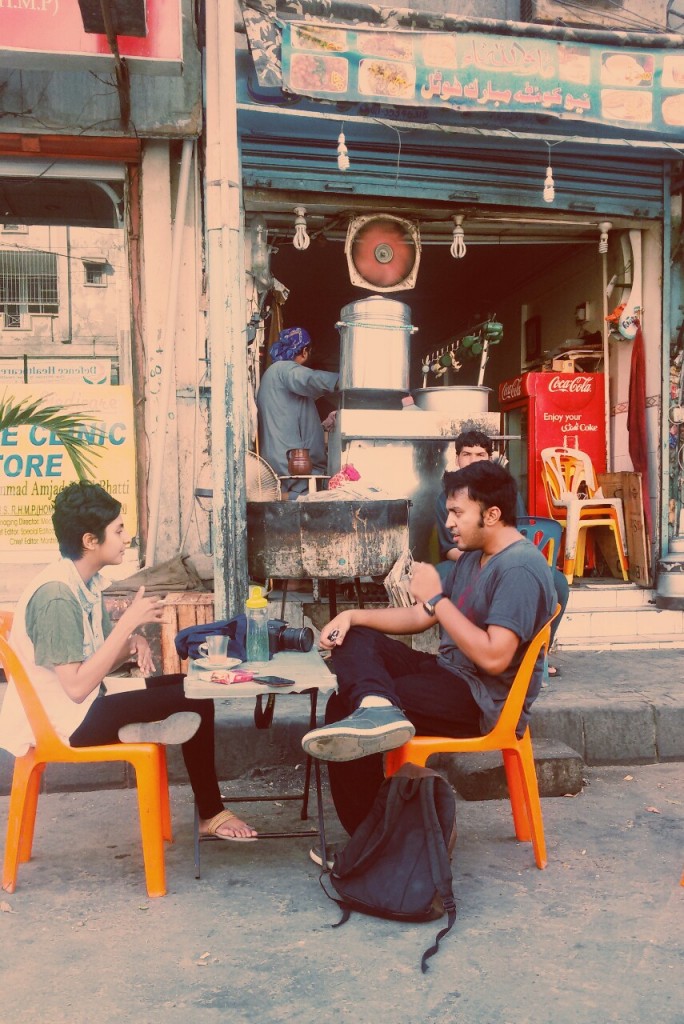 Following #GirlsAtDhabas, the initiators behind the movement also plan to open a women-run dhaba that will serve as a haven for people marginalized by gender and sexuality and act as the  movement’s HQ, allowing the movement to “evolve into a sustainable organization that can consolidate its efforts and widen its scope/reach.”

“We can’t end patriarchy and capitalism overnight,” said Khatri. “But we can make dents, even if within our small, niche circles.”