Pin It
You are here: Home » Going Green » A New Type of Green for the Middle East

A New Type of Green for the Middle East 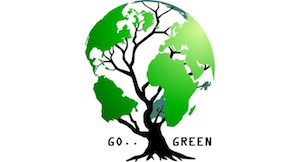 When people in the Middle East think green, they probably think money. But now that “going green” for the environment has become the hip thing to do (and the Middle East is all about staying hip), the region is buzzing with new projects that aim to reduce environmental pollution and upgrade to sources of renewable energy.

Earlier this week, in a ceremony attended by Secretary of State Hillary Clinton and Moroccan King Mohamed VI, Moroccan Energy Minister Amina Benkhadra unveiled a $9 million plan to install 5 solar power generation sites across the North African country that will supply 38 percent of Morocco’s installed power by 2020. According to Morocco’s power utility ONE chairman, Ali Fassi Fihri, the project “would add in terms of power generation the equivalent of the current electricity consumption of the country’s commercial capital, Casablanca.”

Morocco is the only North African nation with no in-house oil production and has therefore relied on oil and gas imports. The solar energy project will supply an alternative energy source that will help reduce Morocco’s dependency on energy imports and develop its own renewable energy sources at home.

But Morocco is not the only country jumping on the green bandwagon. Last week, the UAE announced a 3-step campaign to phase out the use of non-biodegradable plastics bags by 2013. The campaign will attempt to discourage the use of plastic bags and introduce a biodegradable option before launching a marketing campaign in 2012 to prepare consumers for a full-out ban on plastic bags to be enforced in 2013. Dr. Maryam al-Shinasi, Executive Director of the Environment and Water Ministry’s Technical Affairs department, says the ban will then expand to include plastic bottles and food packaging after 2013.

The plastic bag campaign is but one of several steps taken to reduce pollution and develop sustainable energy in the UAE. And no one does things bigger than the Emirates (not even Texas). Take, for example, Masdar City, a 6 kilometer square eco-city that is carbon neutral, car-free and produces zero waste. The city will house 40,000 residents and 1,500 businesses that will be served by automated passenger vehicles called Personal Rapid Transits and will be designed so that walking and cycling are practical modes of transportation. It will run mostly on solar energy and include a city treatment plant that will significantly reduce water consumption. Additionally, Masdar City will be home to the Institute of Science and Technology and the International Renewable Energy Agency, making Abu Dhabi a global leader in green knowledge as it aims to be “the world’s centre for future energy solutions,” according associate project director, Dr. Nawal Al Hosany.

It seems that when the Middle East goes green, they go all out – so much so that in the future, we might be taking cues from them. Which makes me think, what huge steps have we taken recently to significantly reduce our carbon footprint?