Pin It
You are here: Home » Artistry » Spectacular paintings from Palestinian artist show the Gaza conflict in a different light 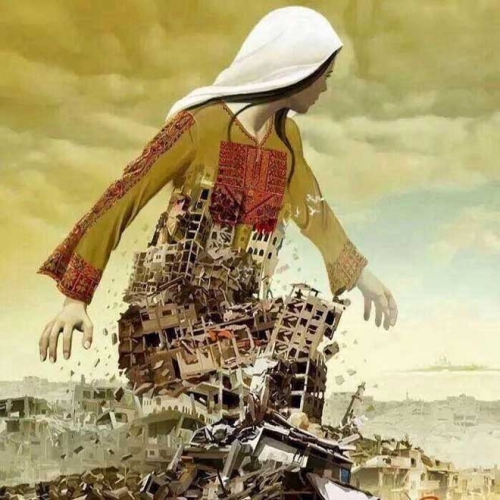 The portrait of a bombed out Gaza skyscraper illustrated as a woman rising from the ground went viral on social media during the recent Gaza-Israel war. Your Middle East caught up with the painter.

Imad Abu Shtayyah never studied art; when he was 10-years old, art came to him. “I suddenly became inspired to begin painting,” he tells Your Middle East. Imad was born in Amman in 1965 after his family had ended up in the Jerash refugee camp, having fled Palestine in 1948.

Continue reading at Your Middle East: