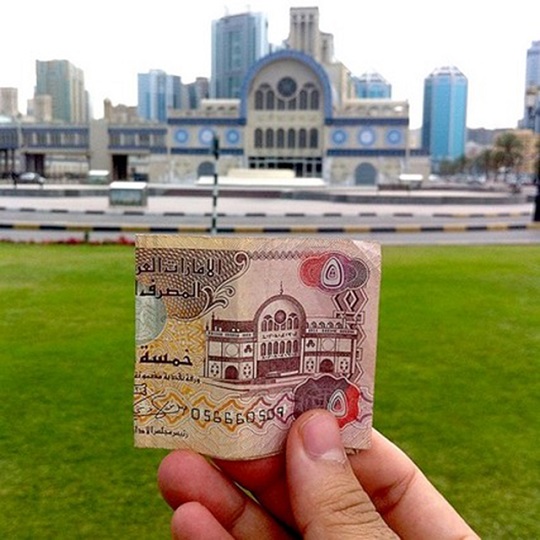 Think of the UAE, and you’ll most likely associate it with the Burj Al Arab, the glittering Dubai skyline marked by the iconic Burj Khalifa, opulent hotels, colossal malls and an incredible air of ambition, luxury and wealth. Although many of the other emirates and cities have strived to make a name for themselves on the regional and global stage, it is easy to see how they may be outshone by their more luxurious neighbor.

In an attempt to create the world’s first autobiography of a city, Sheikh Hamdan bin Mohammed bin Rashid Al Maktoum, Crown Prince of Dubai and Chairman of the Dubai Executive Council, created the #MyDubai initiative on Instagram in order to capture a unique, yet powerful portrait of the lives of Dubai’s residents and visitors.

Not one to be left out, Sharjah, named the Capital of Islamic Culture in 2014, has put its own unique spin on a similar social media campaign.

Tired of the endless stream of skyscraper photographs, Reem Saeed, a social activist and photography enthusiast initiated #Sharjah1000, a community project that aims to gather 1000 varied images of the emirate within a month that showcase the artistic creativity, diversity, passion and patriotism of its residents and visitors.

“I noticed that there are a lot of enforced hashtags around the UAE so I wanted to create one with a certain direction for Sharjah specifically. And to make it more fun, I decided to make it a challenge – to gather 1,000 images in one month,” said Saeed. “The idea was to showcase the beauty of Sharjah – the historical, the modern, the natural landscape to the city and the many different people that live here – and make a collage of them all together.” 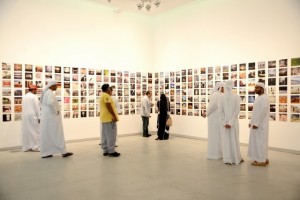 Beginning on March 30, the social media initiative took just 19 days to reach its goal of 1000 pictures sent in by 80 participants including government institutions, Sheikha Hoor Al Qasimi, the president of the Sharjah Art Foundation, ordinary citizens, professional photographers and more. Highlighting the emirate’s natural beauty and urbanized environment, this simple but creative idea gathered a wide range of images that ranged from a men smoking shisha at a café to an image of a 5 Dirham in front of the Sharjah Central Souq.

Working together with the Sharjah Art Foundation, Saeed has selected a few of the best photographs to be showcased in the #Sharjah1000 exhibition currently being showcased at the institution.

Like the #MyDubai initiative, Saeed’s initiative does more than showcase the success and beauty of the region. With the belief that every individual has something special to offer the community, the most powerful feature of these exhibitions is that of self-expression. The #Sharjah1000 campaign is just one of numerous social media initiatives that take advantage of social media and technology to enhance society, encourage creativity and allow people to showcase the beauty of the region through their own unique perspective.

“Art is part of the identity of our city and this project showcases images that residents of Sharjah truly relate to,” said Jordanian Rami Jaber who was born and raised in Sharjah. “Whether it is a place or an object, visitors of the exhibition at the time I went were all trying to figure out which part of town or object was being displayed. Therefore, it depicts both a communal and very personal aspect of Sharjah from the perspective of its residents.”