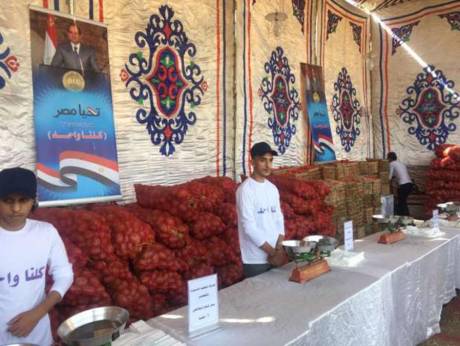 “For travel reason, 10kg of potatoes are for sale to the highest bidder!” “I’ve broken up with my finance because his salary can’t buy us enough potatoes!” “I wish my husband-to-be will give me a gift of five kgs of potatoes on Valentine’s Day. If he does, I’ll be sure he loves me!” “Now that prices of potatoes have shot up, I’ll convert my savings into potatoes!”

These are examples of sarcastic tweets, which have gone viral on Egypt’s social media since the local market suffered from an acute shortages in potatoes, a staple for many Egyptians, more than a week ago.

The short supply has tripled the price of the vegetable to 15 Egyptian pounds (Dh3.1) per kilo, a price higher than that of several fruits in the country.

Around 27.8 per cent of Egypt’s population of more than 100 million live below the poverty line, according to official figures.

Egypt produces nearly 5 million tonnes of potatoes annually, which used to cover the local needs and leave a surplus of around 850,000 tonnes for export.

Potato traders have been blamed for the shortage, allegedly stashing the output in order to rake in enormous gains by hiking retail prices.

“There are five of big traders monoplizing the potato crop. They are the ones responsible for the current crisis,” Emad Abu Hussain, the head of Egyptian Farmers’ Association, said without giving names.

Potato growers sell the crop at wholesale prices ranging from 60 to 90 piastres (less than one Egyptian pound), but the retail price soars to 12 pounds due to monopolistic practices, he told a local television station.

Over the past few days, authorities have mounted a nationwide crackdown on warehouses, reportedly seizing hundreds of tonnes of illegally stored potatoes to be sold at high prices.

The government has said that the seized quantities will be sold at a low price to the public at government-run outlets. The Interior Ministry has also set up booths where potatoes retail for a low price.

The unusually high price of potatoes at the market has caused trouble for local eateries frequented by people living on limited incomes.

“I had to lessen the amount of potatoes put into sandwiches so as not to increase their prices,” said an owner of a restaurant in the north Cairo district of Al Sahel, who gave his name only as Salah. “People cannot bear more price rises.”

Egyptians have experienced a wave of increased prices of different goods and services in recent months as a result of tough economic reforms, which secured the country a loan of $12 billion from the International Monetary Fund.

President Abdul Fattah Al Sissi has repeatedly said the reforms are vital to heal the ailing economy and urged Egyptians to be patient.

Suggestions that the current potato shortage is due to monopoly have prompted calls for applying emergency law, in force in Egypt since last year, to monopolists.

“If what the head of the Farmers’ Association said about the big five monopolists [is correct], why doesn’t the government interfere?” said Emad Al Din, the editor of private newspaper Al Shorouk. “These monopolists deserve to be subjected to the emergency law because they are a million times more dangerous than terrorists,” he added in a comment.

Egypt declared a state of emergency in April 2017 following deadly twin attacks that targeted two churches in the cities of Alexandria and Tanta.