Pin It
You are here: Home » Features » Outsourcing to India: How Call Centers Improve Local Economies 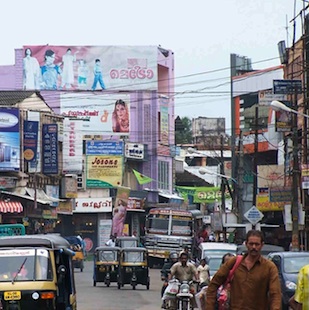 India is the world’s call center capital. It is host to several hundred multi-national corporations that have set up back office operations throughout the country. 200 of the US Fortune 500 companies outsource to India. The United Kingdom and Australia also send much of their customer service jobs overseas. GE, British Airways, and American Express are a few corporations that heavily outsource.  Globally, outsourcing is a booming industry, worth about 153 billion. Although this practice has been criticized for exporting jobs to foreign markets, it is rarely examined from the opposite end of the line.  Outsourcing has had more effect on India then it has on any of the Western nations that it serves.

Hundreds of thousands of people are employed in call centers across India, with the nucleus being in Delhi. 1 advertisement for call center reps can bring in as much as 3000 hopeful applicants.  For many young, educated Indians fresh out collage, a call center job can be a God send. 30% of college graduates in India struggle to find work and these numbers are increasing as the global economy continues to slide. With limited or no access to social welfare and government support, many middle class Indian’s fear the inevitable decent into poverty.  For a powerful corporation an outsourced call center means quality service for a cheap price. For the person wearing the head set it means an above average income; 15,000 ($300US) rupees a month compared to the 5000 that the average worker makes.  It also comes with perks like transportation, meals and social networking. Many young Indians use call center incomes to put themselves through higher education and support other family members.  Every year sees the influx of individuals moving into the large cities from rural villages in hopes of getting a coveted call center position.  The majority of these people have used all their savings and assets to pay for the journey and training courses required to compete in the call center job market.

Half of all call center employees in India are women.  Many of them earn more than both their parents combined. In a country with a tradition of considering daughters as social and financial burdens, these seemingly insignificant jobs have redefined the status of some women.  As independent earners, young women are less likely to become victims of dowry vultures and more likely have a stable future. Their safety is emphasized as most call centers are in gated and guarded compounds with pre-arranged transportation. For both men and women in India a simple call center job means a chance to be part of the global economy, an opportunity to learn about the world and its people and way to gain valuable work experience.

“It will train us, revamp us, take us to the level that employers are expecting from us”  says Neeti, a student who works with a company called North Star that specialized in call center training.

Critics point out that India does not have any long standing tradition of customer service, thus it’s not the right place to set up a customer service call center. However Indian call center employees go through grueling training sessions and are constantly monitored. Since most of them are college graduates they are able to provide better service than their Western counter parts.  Many Indians have a very humble, deeply committed attitude towards their job:

“The customer is like a God. He keeps the business ticking so we can’t displease him” says one call center employee in Delhi.

This is one of the main reasons multi nationals come to India to set up shop:

Although outsourcing has had many positive affects in India, it has also caused negative ramifications.  Call center jobs have one the highest rates of attrition in developed nations. It is a high stress, redundant job with long hours and late night shift work. India’s time zone allows for companies in the West to provide 24 hours service to their customers; however this means that many Indian employees work all night while some go to school or tend to families during the day.  It can be an exhausting lifestyle.

Call center jobs in themselves are tough to maintain, but in India the difficulty is compounded by the challenge of “cultural indoctrination” that employees must go through as a rite of passage into the outsourced job force.  Western customers are sometimes uncomfortable about getting their customer service from someone sitting thousands of miles away in a developing nation.  So corporations have created “imitation employees.”  They go through several weeks of training designed to convert them into fake Americans, Europeans or Australians.  Even if they speak good English coming in, their Indian accents must be neutralized, they must become familiar with western slang and speaking styles.  They are required to learn everything possible about the culture of the country they are serving, so that they can disguise themselves accordingly. “Naming Ceremonies” are a common practice where individuals are crowed with an English name before being put on the floor for the first time. Many employees face identity crisis because they are required to live this double lifestyle.

Some Indians are just as uncomfortable with outsourcing as Westerns are:

“Call centers are a reflection of a much wider tendency of urban youth in India. It really the exploitation of that combination of part education part aspiration to suit the needs of cost cutting multi-national companies. We have a generation that’s mesmerized by this so called American dream which doesn’t exist even in America” – Jayarti Ghosh, professor of economics, JNU university

To avoid criticism large corporations who benefit from India’s call centers do so in an under the table manner. Companies play coy about where they outsource to in order to maintain a positive national image. In India, you will rarely see a company’s name or logo anywhere on a call center building and they are not clearly mapped.  But the average customer is smarter than this and many have come to realize that when they call a 1-800 number the person helping them may be called “Nicole” but she’s really Nalini. Some find this secrecy insulting and will lash out at call center reps.  Being verbally abused by a customer is not an uncommon occurrence for employees in India.

Despite all these challenges, many Indian’s still strive for outsourced jobs because for people in developing nations these jobs are a means to get beyond merely surviving.  For them the chance at a different future and the possibility of fulfilling their dreams is worth it.