Pin It
You are here: Home » Artistry » $2m bicycle to go on sale at Dubai show

$2m bicycle to go on sale at Dubai show 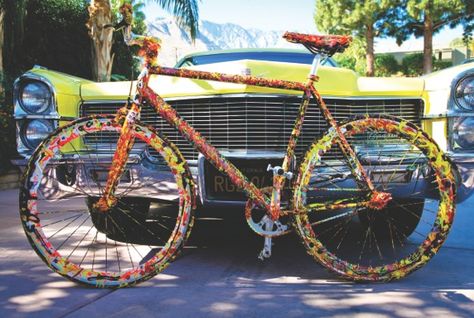 The 2014 Big Boys Toys exhibition, which will be staged in the UAE this October, will display the world’s most expensive art bicycle, the “Cosmic Star-Cruiser” ArtBike.

The one-of-a-kind artwork will be on sale for $2 million and is designed by international artist Jack Armstrong who vows never to produce another one again.

Armstrong created his Cosmic Harley Davidson Motorcycle in 2010 which sold for $3 million. It is now being followed by the Cosmic Star-Cruiser ArtBike.

In 2015, the artist will debut the world’s most expensive Art-Car to be named the “Cosmic Star-Cloud” automobile, completing the artist’s desire to have created only 100 paintings in his lifetime and produced the three most valuable vehicles (of their type) in the world.

$2m bicycle to go on sale at Dubai show